Located on the western side of the Black Sea and north of Greece and Turkey, Bulgaria offers an excellent example of Eastern European culture, cuisine, and scenery. The language is a unique mix of Serbian, Russian, and Turkish, but many Bulgarians can speak English. Mostly, the Bulgarians are a friendly group who are happy to get to know newcomers.

Bulgaria tends to be cool, rainy in the winter, and hot in the summer. Summers rarely become humid, however, which makes for enjoyable weather. Dense forests, sandy beaches, fascinating architecture, and some of the least expensive trains in Europe provide the traveler with plenty to experience.

In 681 A.D., only three European states existed: The Western Roman Empire, the Byzantium, and Bulgaria. Bulgaria’s earliest roots show that an Asian Turkic tribe joined forces with a Slavic tribe. The tribes created the state of Bulgaria, and the area thrived for many centuries. In the 14th century, the Byzantium finally met with success in taking over the area. It would be five centuries before half of Bulgaria regained their independence. In 1908, the remaining half of Bulgaria became independent.

During World War II, Bulgaria was occupied by Russian forces. They became part of the People’s Republic in 1946. It would be almost fifty years before the Communist regime was brought to an end. Bulgaria became its own country once again, joining NATO in 2004.

There are many festivals held annually in Bulgaria. Two of the biggest happens every March and May/June. On March 1, the Bulgarians give out red and white tassel-like items that are meant to represent the birth of spring. The red and white tassels, called martenitsas, symbolize the renewal of health and happiness. At the end of May and beginning of June, people crowd the streets to celebrate the Festival of the Roses. During this time, streets are adorned with rose blooms. Parades, street dancing, food stands, live folk music and carnivals are typical events during this festival.

If you can handle being in very rural areas, a number of ancient buildings and monasteries await your visit. Start your journey with a trip to Rila Monastery. This 10th-century building is an impressive display of colonnades, arches, and domes. Additions have been made throughout the centuries, and guests to the monastery quickly become mesmerized by the gorgeous building.

Boyana Church’s construction began in the 11th century and continued for over two hundred years. If you visit, the 13th-century frescoes are not to be missed. The Renaissance building style will impress anyone with an interest in architecture.

Many areas in Bulgaria have been named UNESCO (United Nations Educational, Scientific, and Cultural Organizations) World Heritage Landmarks. Rila Monastery and Boyana Church are two of these esteemed landmarks. Also on the UNESCO list are: Nesseber (an old city on a Black Sea peninsula), the Kazanluk and Sveshtari Tombs, the Madara Horseman (a carving of a horse riding warrior made in stone), the Ivanovo Rock Monasteries, Pirin National Park, and Sreburna Lake.

The hotels in Bulgaria can be divided into three key regions. The mountain resorts offer incredible skiing and hiking opportunities. Seaside resorts are perfect for sun and water lovers. Spa resorts are scattered throughout the region and all focus on relaxation (massages, mineral baths, and skin treatments).

Golden Sands is one of Bulgaria’s most popular seaside resort areas. Over 60 top hotels/resorts are available to tourists. Two resort villages offer private cottages and villas. These accommodations are suitable for families and groups. Forested areas slope toward pristine sandy beaches that cover more than three kilometers of area and average 100 meters of width. Many resorts in Golden Sands offer spas, nightclubs, and a vast array of restaurants.

Bulgaria offers high mountain ranges suitable for all levels of skiers and hikers. The Balkan, Pirin, Rhodopes, Rila, and Vitosha mountain ranges offer resorts and hotels with excellent skiing, hiking trails, and quiet atmospheres. Many visitors enjoy the cooler climate found in the mountains come summertime. Pamporovo is one of the areas hottest ski areas. Located on the Rhodopes, Pamporovo houses over one dozen resorts that offer incredible ski slopes and lavish accommodation.

Albena Spa Resort is one of the area’s most popular spas. Located near a protected nature reserve and near the coast of the Black Sea, Albena Spa Resort works hard to ensure that the resort and grounds are kept pristine and ecologically friendly. Workers keep the private beach clean. Air systems at this hotel keep the air filtered and pure. Mineral baths are among the best in Bulgaria. As the Albena Spa Resort won the coveted Blue Flag Ecological award, the staff guarantees that pollution and other impurities will not affect any guest.

Minerals (especially coal, zinc, and copper) are Bulgaria’s biggest moneymakers. Unfortunately, the area is also rife with political and industrial corruption – organized crime is huge. Because of the high crime rate, the area is still struggling to overcome the poverty levels brought on during the Communist regime.

While industry and services are major portions of Bulgaria’s economy, agriculture makes up the remaining 11 to 12%. Vegetables, livestock, and tobacco are commonly grown in the area.

Matching France, Italy, Greece, and Spain, Bulgaria is on the list of top wine producers in Europe. Cool, damp winters and hot sunny summers provide grapes with excellent growing conditions. Add in soil with rich mineral content and wine grapes thrive. Both reds and whites are produced in the country.

Meals are rich and satisfying. It is not surprising to discover flavorful lambs roasting on spits in the Rhodopes. Hearty meat stews are popular throughout the region. An abundance of fresh vegetables and livestock help set the menu in many areas. Fresh Bulgarian yogurt (kiselo mlyako) is used in many recipes. This yogurt is special as it is grown with a yeast culture that is only found in Bulgaria.

For those looking for quieter activities, many quaint bars can be found. Do not miss the chance to sample locally produced wines or a glass of some chilled Bulgarian grape brandy called Rakyia. Cold beer can be found at any bar.

Bulgaria is also home to some exemplary casinos. There you can drink and gamble (sparingly hopefully) until the early hours.

If you do overindulge, the Bulgarians have two drinks that they swear cure hangovers. The first is Zelev Sok that is, in essence, the leftover liquid from making sauerkraut. The other is called Airian. This drink is a mix of Bulgarian yoghurt and salt.

With over twenty principle cities to explore, make plans to see Bulgaria soon. The destination is easily accessible by train, car, or plane. Three major airports ensure that you can access the areas that most appeal to you. The food is rich and satisfying. Gardens and historical buildings are breathtakingly beautiful. Finally, there is so much to see and do; you will be ready to come back before you even leave.

A full list of Bulgaria Airports. If you are planning an international flight into Bulgaria odds are you’ll be flying into Sofia airport. So let’s start with that. Sofia Airport Sofia Airport has IATA designation... 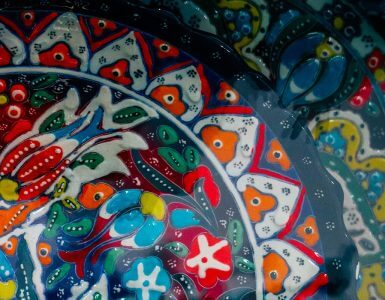